MultiSport Index 2020: 73% of physically active Poles want to practise sports regardless of the development of the pandemic
Share 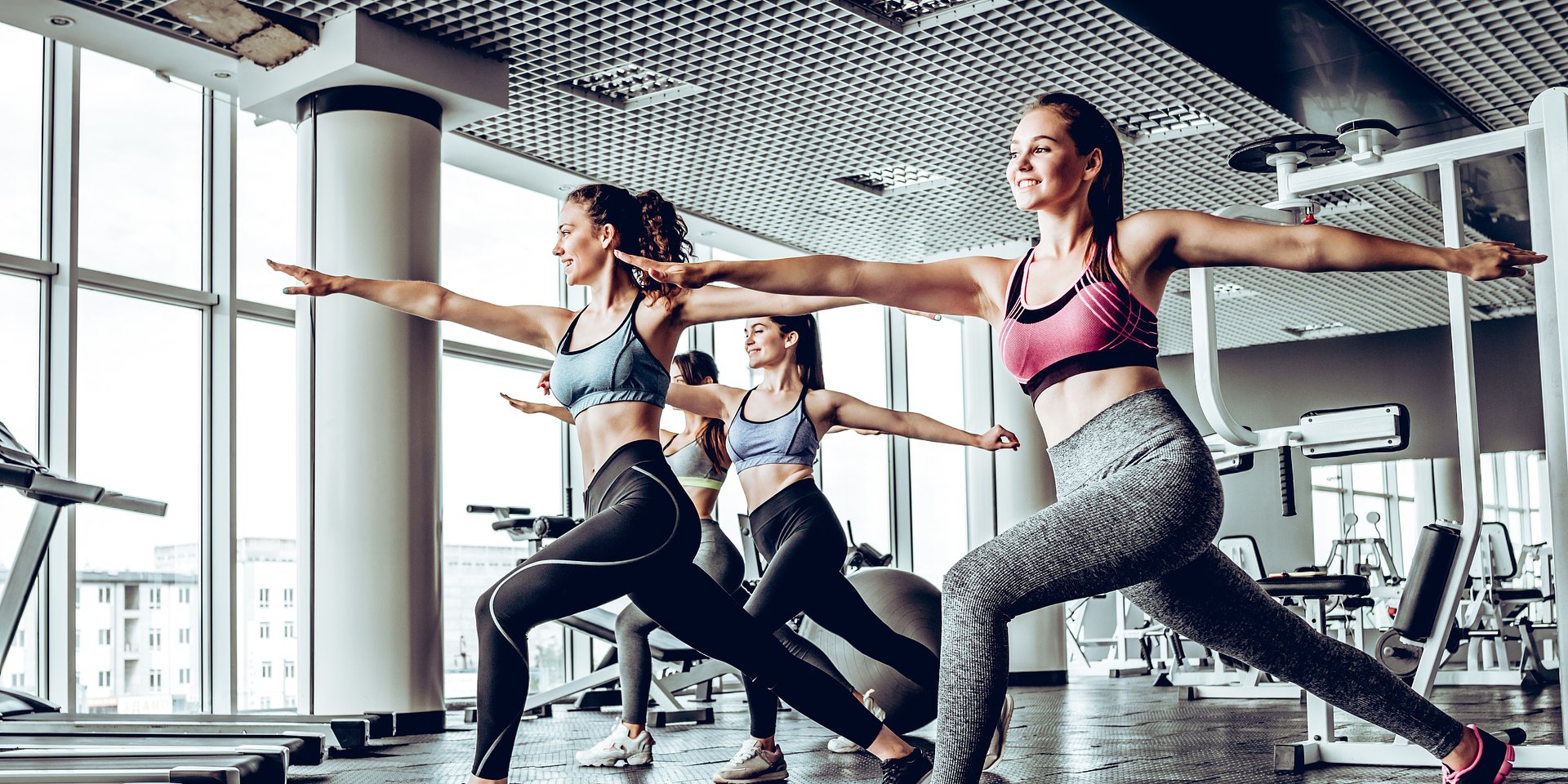 MultiSport Index 2020: 73% of physically active Poles want to practise sports regardless of the development of the pandemic

As many as 79% of physically active Poles admit that exercising improves their wellbeing and efficiency at work. For 41% of Polish people sport has become a way of relieving stress related to the pandemic – indicates the latest edition of the MultiSport Index 2020 survey conducted by Kantar on behalf of Benefit Systems. In recent years, the level of physical activity of Poles has been systematically increasing – by over 2% per year on average. The spring lockdown caused Poles to limit their workouts, mainly due to the closure of sports facilities. With their reopening in June, physical activity of the society increased to 63%, which shows how great and positive influence the very availability of sports infrastructure has on the active lifestyle of Poles.

At the beginning of 2020, as many as 65% of Poles undertook physical activity at least once a month. Due to the spring lockdown, 43% of sports enthusiasts admitted that they had limited their workouts and the general level of physical activity in the population fell to 61%. Although the inhabitants of Poland do not want to give up exercise and feel safe in sports facilities, the existing restrictions on the availability of the infrastructure may cause another decrease in the physical activity of the society. Experts emphasise that such a scenario may have negative long-term effects on public health.

Currently, Poles can use yoga schools, martial arts schools, climbing walls, tennis and squash courts as well as some gyms and fitness clubs that conduct organised sports classes, for example. All these facilities operate in a strict sanitary regime, which includes, among others, maintaining social distance, limiting the number of people in each space and the obligation to disinfect hands and sports equipment.

– Poles are thirsty for physical activity. We could observe it especially after the reopening of sports facilities in June. Month by month, the number of people returning to workouts in sports facilities was systematically increasing. As our research shows, as many as 94% of people training in fitness clubs or gyms feel safe in them. We should translate that into real actions of the authorities and private entities. The point is to jointly support the active lifestyle of Poles as an integral element of preventive healthcare. In the long term, this will have a positive impact on the quality and life expectancy of active residents of our country and translate into real savings for employers in the area of ​​costs incurred due to sickness absenteeism and low motivation among employees. An active society also means lower spending of the state budget on health care or pharmacological products. According to the Institute for Structural Research, if one in two people who do not exercise in our country became active, it would result in nearly half a billion zlotys savings in healthcare alone – emphasises Bartosz Józefiak, Management Board Member at Benefit Systems, the company which created the MultiSport Programme.

The previous MultiSport Index Pandemic survey conducted during the spring lockdown showed that among people who limited their physical activity 74% experienced a deterioration of their wellbeing, 65% noticed the negative impact of a reduced number of workouts on their health and 61% – the negative impact on their body shape.  Experts indicate that a lower level of physical activity significantly affects the occurrence and course of diseases of affluence, which have become an even greater problem during the pandemic.

– Lack of physical activity is a direct cause of 27% of cases of diabetes and 30% of cases of coronary artery disease. If we look at the statistics, this is a very significant percentage. About three million people in Poland suffer from diabetes and one in three adult Poles struggle with arterial hypertension. In other words, physical inactivity is responsible for nearly one million cases of diabetes and nearly four million cases of high blood pressure. Statistical models of the Institute for Structural Research show that if one in two physically inactive inhabitants of Poland began to exercise, the annual number of heart attacks would decrease by nearly 11,000. The number of overweight people would decrease by 190,000 and those with obesity – by 64,000 per year. There would also be up to 25,000 fewer deaths annually. If Poles give up physical activity, we should expect an increase in the incidence of diseases of affluence, which, especially during the pandemic, still pose the greatest threat to the health and life of modern societies – says Ernest Kuchar, Ph.D., sports medicine and infectious disease specialist from the Medical University of Warsaw.

The World Health Organisation (WHO), which has updated the guidelines for physical activity, also points to the growing problem of diseases of affluence in the face of the pandemic. It recommends adults to undertake 150 to 300 minutes of moderate to intense physical activity per week. Today, the lack of exercise accounts for nearly five million deaths a year worldwide.

Sport helps to mitigate the effects of the pandemic

The current situation has a significant impact on the daily functioning of the entire society, including how Poles live and work. It is also a direct threat to health and has a negative effect on wellbeing.

– Before the pandemic, supporting physical health was by far the most frequently indicated reason for taking up physical activity. In January, such a motivation was given by as many as 47% of physically active Poles. Today, after nearly a year of struggling with the pandemic and after the lockdown, which significantly strained our mental health and made us gain extra kilograms, all motivations regarding health (23%), wellbeing (24%) and body shape (23%) have become equally important. In addition, as many as 41% of physically active Poles have found a way to alleviate the stress caused by the pandemic in sport and 79% admit that regular exercise improves their wellbeing and efficiency at work – says Mateusz Banaszkiewicz, health psychologist.

Physical activity reduces the negative effects of remote work – as many as 42% of exercising employees point out that they do not experience the consequences of working from home, while only 29% of physically inactive employees make a similar declaration. As a result, 73% of Poles who exercise do not want to give up physical activity, regardless of the development of the pandemic.

– During the pandemic, we should encourage Poles to undertake regular physical activity and provide them with opportunities to do so. On the example of Polish employees who take advantage of non-financial benefits, including sports and recreation, we can see that such support has a real impact on the level of physical activity, which amounts to 76% in this group. This is 13% more compared to the population average, which is 63%.Currently, the most popular form of such benefits are sports cards which 60% of employees in large companieshave access to – adds Bartosz Józefiak.

Online solutions are also an important element that influences undertaking physical activity during the pandemic.

– During the spring lockdown, online workouts were used by as many as 74% of the MultiSport Programme users. In the general population of physically active Poles it was only 32%. In this case, the influence of the very access to solutions enabling training, e.g. at home, on the maintenance of healthy habits becomes visible again – emphasises Bartosz Józefiak.

In October, when the operation of many sports facilities was again limited, the popularity of online training among the MultiSport Programme users increased by over 100% compared to September this year.

Both before and during the pandemic, the most likely to engage in physical activity are Poles between the ages of 18 and 24 (85%), inhabitants of cities with over 200,000 people (74%) and people earning over 5,000 PLN (84%). They are more active today than before the outbreak of the pandemic.

After the lockdown, Poles most often engage in activities that ensure high training intensity or those that support psychophysical balance and the development of the whole body. The return to regular exercise results from the holiday motivation to lose excessive pandemic...

Survey: as many as 60% of employees expect more support in terms of a healthy and active lifestyle from their employers

Physically active employees experience the negative effects of remote work less frequently – as many as 79% of Poles who exercise indicate that sport improves their wellbeing and efficiency at work. According to the latest edition of the MultiSport Index 2020 survey cond...