Returning to physical activity after summer holidays? Physiotherapist’s help may be useful
Udostępnij 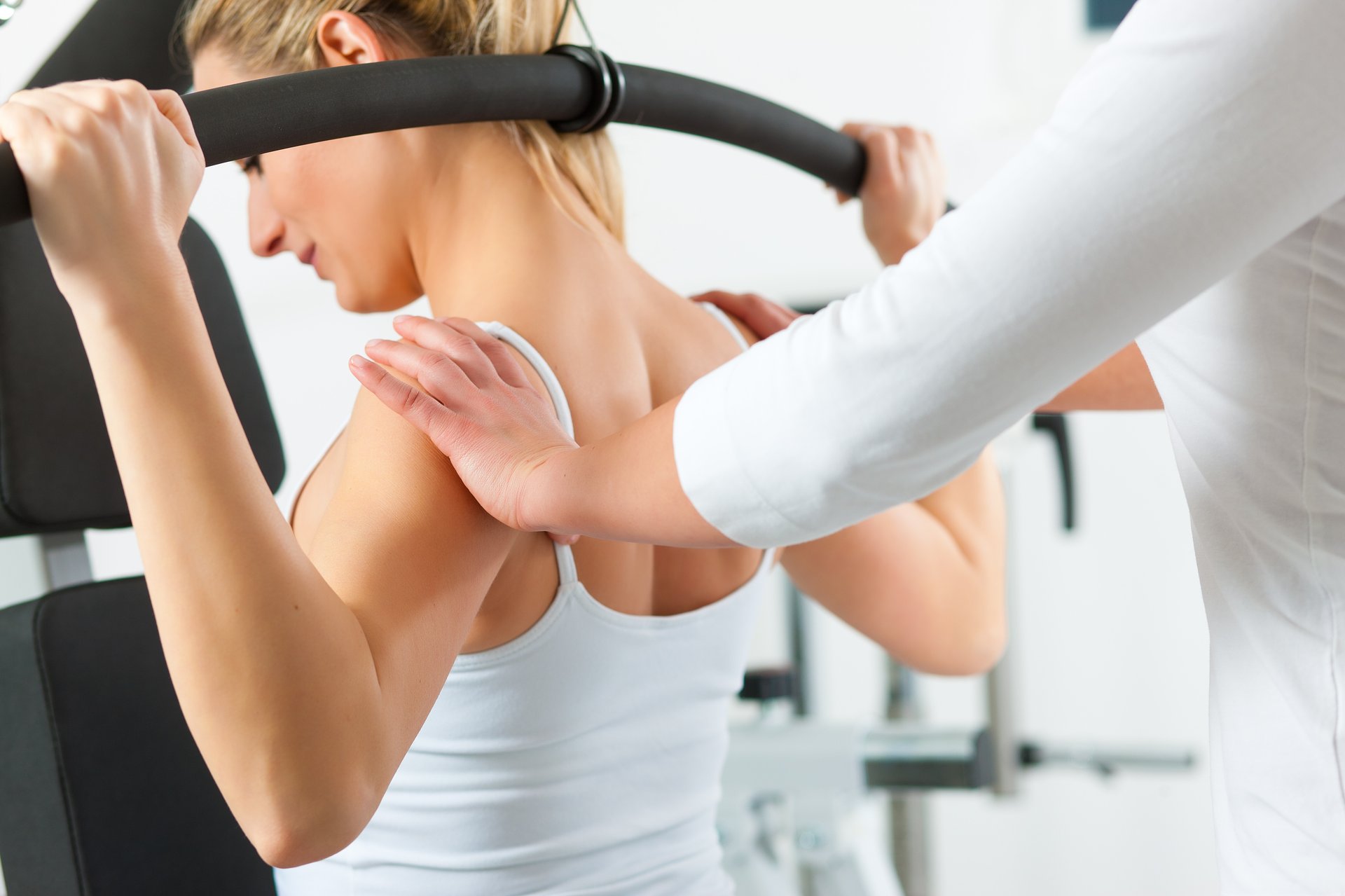 Returning to physical activity after summer holidays? Physiotherapist’s help may be useful

Summer holidays can have a negative impact on regular physical activity and, consequently, also on our health. Even a short break in training causes the body to function differently and makes it more susceptible to injuries or problems with pain. That is why, as experts emphasise, we should plan and prepare for the return to exercise well to reduce the risk of injury and overwork. In this regard, it is worth using the help of physiotherapists who are more and more often available in fitness clubs.

Already after a few weeks of break from physical activity, the body’s efficiency begins to decline – we take in smaller volumes of oxygen, our heart pumps less blood and the heart rate increases. Our physical condition is weakening and after a month the muscle mass begins to reduce. A break in activity not only affects the parameters of the body’s functioning but may also contribute to the appearance or worsening of health problems.

Back pain is the main problem

– The lack of a sufficient amount of exercise carries many negative consequences in all systems, including the musculoskeletal one. Today we clearly see the effects of decreasing the level of physical activity, including those caused by the pandemic restrictions. During lockdowns we spent much more time sitting and the difficult access to the sports infrastructure contributed to breaks in training – says Dr. Tomasz Chomiuk, physiotherapy specialist, assistant professor at the Sports and Rehabilitation Centre of the Medical University of Warsaw, creator of the “Recepta na ruch” (“Recipe for exercise”) podcast.
According to the MultiSport Index Pandemic survey, during the first lockdown as many as 43% of physically active Poles limited their training and one in three inhabitants of Poland spent at least seven hours a day in a sitting position.
– Backache is one of the most frequent musculoskeletal problems reported by patients during the pandemic. Research shows that it is a global phenomenon. A UK study found that people with chronic pain who reduced their physical activity because of the pandemic had lower self-esteem and their pain worsened significantly. Similar observations were made by researchers from Saudi Arabia. They assessed the incidence of back pain before and after the quarantine. This was 38.8% and 43.8% respectively. As a result of the quarantine, the intensity of the perceived pain also increased significantly. Lower back pain was one of the most often reported musculoskeletal problems – explains Dr. Tomasz Chomiuk.
According to the data of the Social Insurance Institution, in the first three quarters of 2020 Poles spent nearly 7.4 million days on sick leave due to back pain, which is more than in the entire 2019 or 2018.

Exercise is an effective form of therapy
– A meta-analysis published in 2020 in the “British Journal of Sports Medicine” magazine confirms that physical activity is an effective therapeutic method for people suffering from back pain. Researchers conducting numerous studies have also concluded that physical training is a better solution than passive therapies such as massage. They agreed that only the inclusion of a well-designed exercise plan allows to achieve satisfactory therapeutic effects. This meta-analysis also showed that the most effective forms of physical activity in relieving back pain are pilates, motor control and stabilisation training as well as strength and aerobic exercise – adds Dr. Tomasz Chomiuk.

However, as specialists emphasise, physical activity should be planned under the supervision of a physiotherapist, both in the case of pain problems, injuries or after a period of detraining.


We need a proper training plan

When preparing a regular training plan, a physiotherapist pays attention not only to the goal we set for ourselves but also to our physical fitness and health. By proposing specific activities he or she determines both the frequency with which they should be undertaken and their intensity. According to specialists, overly strenuous workouts, not adapted to the abilities of the exerciser, are the most common cause of the appearance or worsening of injuries.
– We should start our training with exercises that increase the mobility of the joints, especially in the lower limbs and the spine. Only then it is worth starting activities that strengthen our muscles and endurance, followed by stabilisation exercises that support coordination and deep feeling, such as climbing or classes using rubber balls. We should treat a physiotherapist as a medical service, especially if we are an active person over 40 years of age. This type of service consists in supplementing training sessions with consultations on the control of the mobility of individual joints, correct movement patterns or the correct tensions of individual muscle groups. In this way, we will minimise the risk of possible injuries – says Andrzej Kępczyński, physiotherapist and expert in physiotherapy of Zdrofit Zdrowe Miejsce, facilities offering movement improvement.


The importance of physiotherapists’ support in physical activity is growing. Sports enthusiasts can take advantage of individual training plans developed by physiotherapists, consultations or group classes conducted by specialists in the field of physiotherapy in fitness clubs more and more often. Such an option is available to clients of Zdrofit clubs in Warsaw and Gdańsk, My Fitness Place clubs in Kraków, Fitness Academy clubs in Wrocław and Katowice as well as Fabryka Formy clubs in Poznań. In each of these cities Zdrofit Zdrowe Miejsce facilities were opened in selected clubs. The movement improvement services can be used both by holders of the indicated fitness networks’ passes and MultiSport card users.

The survey commissioned by Benefit Systems, which was conducted on the Ariadna panel in March 2021, shows that back pain affects as many as 86% of adult Poles, among whom 13% stress that this problem has worsened during the pandemic. It is not surprising then that workouts in sports facilities under the supervision of physiotherapists is slowly becoming an important element of the “new normality.” 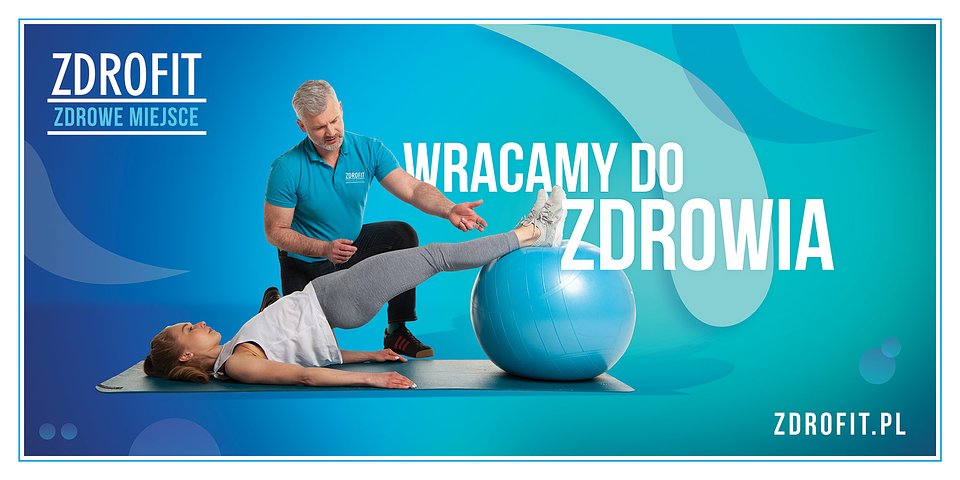 Zdrofit Zdrowe Miejsca are treatment facilities that provide medical services in physioprophylaxis and kinesiotherapy (movement improvement), aimed at improving health and psychophysical condition of patients. Behind the idea of Zdrofit Zdrowe Miejsce is Benefit Systems Fitness Unit, which manages the Zdrofit network, My Fitness Place, Fabryka Formy, Fitness Academy, S4, and StepONE. The Fitness Unit is part of Benefit Systems, the creator of non-financial benefits, including the MultiSport sports and recreation programme, which supports the active and healthy lifestyle of its users. More information can be found at zdrofitzdrowemiejsce.pl.

Zdrofit, a popular fitness club chain, has been putting health and an active lifestyle first for years, encouraging everyone to exercise regularly. Thanks to Zdrofit Zdrowe Miejsce treatment facilities its mission is now gaining a medical dimension. On May 5 this year 10...